I’ve been hit with this question quite often. What do you do when you still owe on the loan for your ATV but you either want to sell or trade it in?

It’s a very good question and I will break it down as best I can to give you a better understanding of why and what you can do.

If you still owe on your ATV and you want to trade it in for another ATV or something else you might run into some problems. The problems will be only what you owe on the loan.

Most dealerships will allow you to trade in your machine no problem.

If you still owe on the bike then someone is got to pay off that balance to the bank. Just because you want something new does not mean the loan disappears, the bank doesn’t care about the bike they just want to be re-paid for the money they loan you.

To avoid the negative equity is the put some money down even if you don’t need to. It’s best to put down 10% to 20% down so that you can stay ahead. This is only important to do if you expect to trade into a new machine in the future. If you’re the type of person to only buy something new every 20 years then this really does not matter.

The main take away from this is that if you still owe on the ATV the loan needs to be paid off and the person that needs to pay it off is you. The dealership is not going to pay it off no matter what you think, unless they’re really stupid then you might have a chance.

The next thing you need to is figure out what your retail value of your ATV is by going to KBB here. Don’t stop at KBB, also go to NADA and see what they say and take the average of them. Another thing I like to do is going to eBay and see what they’re really selling for in the real world.

If you owe more than what the machine is selling for then you’re in a bit of a pickle. If you don’t owe more than what its worth then list it and sell it to someone. Write up a bill of sale and both you sign it, then pay off the loan. The bank will mail you the title or MSO and then you sign the back of it and mail it to the new owner. Make sure to get everything that needs to be notarized done.

If you still owe on the loan you still do the same thing above, but you won’t get the title until the loan is completely paid off. So whatever the difference you need to give to the bank so that they can give you a title.

Don’t try to screw someone over by not paying the loan off because its illegal and you can get in a lot of trouble. Also your credit is on the line and if you ever want to buy or rent anything ever again it’s best to pay off the loan when due.

Saying this brings me to my next point for the people looking to buy an ATV with a lien on it.

If you’re looking to buy a ATV from someone who still owes on it then you’re taking the most risk of anyone. It’s best to do the deal at the bank where they financed it at. This way you know the exact payoff and if the bank has the title they can give it to right away.

If you give someone money for an ATV and they still owe on it and they don’t pay off the loan then the bank is going to come looking for your new ATV. They don’t care if you paid “billy” money, the bank still owns it since they have the title for it. If this happens you’ll be out your money and the ATV. This is why I like buying used ATV’s from dealerships to avoid this mess.

Before even considering buying the ATV I would do a VIN check. Just to make sure it’s not stolen or in some other type of mess. 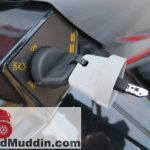 We’re only human, so, naturally, we lose our keys. What sucks is when you lose the keys to your ATV and don’t know what to do? For some ATV’s and side by sides, losing a key is not a huge deal. For other ATVs, it sucks, and it’s not an easy fix. Lost Key? – […] 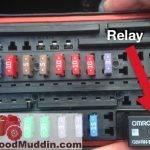 It’s not fun when you go out to your ATV, and it won’t start. There can be many reasons why your ATV won’t start, and we’ll cover them all in this post! What Happens When You Try To Start Your ATV? We’ve organized the list of ways an ATV won’t start in order that we […] 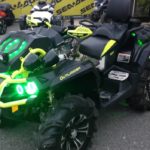 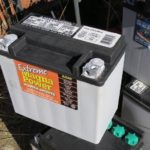